You are here: Home / What's on / News / Aegon Juniors Presentation

Our U14 A team came 2nd place in their draw. The U14 B team is currently joint 1st in their draw and the U12s are currently in 4th place - with some matches still to be played. Our youngest team, the U9s, players competing for the first time, came 6th overall in their age group. Coach Bianca Pallatt says "I am very proud of all our players representing BTC this year in the Aegon team event. They've achieved brilliant results all round and gained massive amounts of experience. All players made our club proud with a high standard of team spirit at all home and away matches. A massive well done to each individual!".

A big well done to all and thank you for representing the club so successfully. 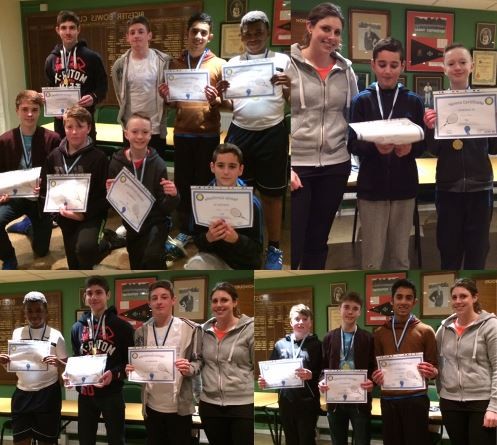